making of : god on the ladder

as the technical gear changed, my way of composing songs changed also. after FIRST EXERCISES in 1990 i still programmed my KORG M1 WORKSTATION for the drum and bass parts - at least in the beginning. but the sound-quality got much better when i started using my new-bought second-hand fostex 8-track-tape-machine because i didn't need to ping-pong-copy the individual tracks anymore. 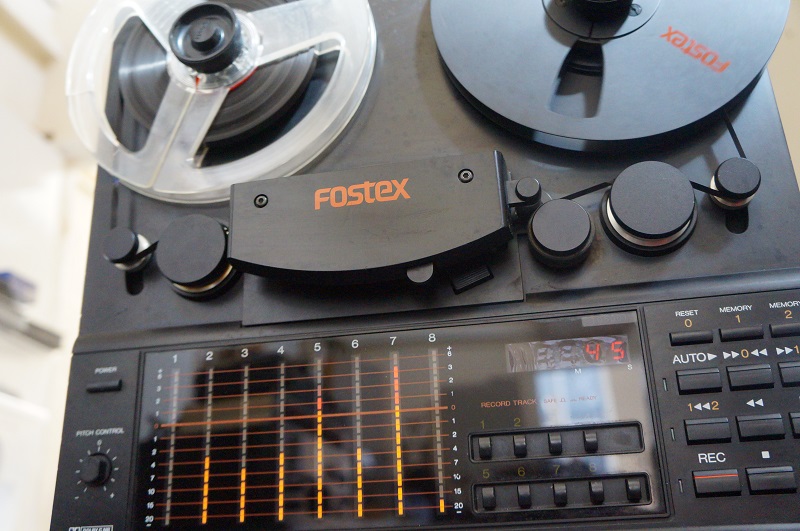 track 1 and 2 were usually reserved for the left and right output of the Korg M1, which were mostly the drum- and bass-parts. after that i still had 6 tracks which i could fill up with keyboards, guitars, voices and noises. great! :) here you can see a coloured (!) example of a tracksetting list.

although i liked the drums from the M1 a lot, i took the chance to purchase a used Roland R8 Drum Machine from a friend, by the end of 1990. it gave me more possibilities and i could use the M1 to play actually synth-sounds... you can hear the R8 on cold, neighbours and dont't stop the hindrances... and on many more. especially the glattsoundtrack and in der tat's die zeugen.

i also had a Roland Juno 106 synthesizer, which, as a slave, was synced per MIDI to the korg M1, which was the master. the juno got once stolen from our band-room, but fortunately i could find the same one for the same used price again. the last song to be programmed on the M1 was probably selfpity in 1993.
in 1994 i was able to buy my first MAC and from then on i controlled the midi via the music-software Cubase. but my computer was not fast enough to handle real-time recording yet. that was still done on tape.

the first sampler was a second-hand AKAI S700, which used floppy-discs for sound-storage. (i didn't have the S900, but it looked quite similar.) you can hear it on servants of time, selfpity and the glattsoundtrack among others. since the soundstorage was so awfully slow, i invested some money into a new sampler by 1994: the ENSONIQ ASR10. it is very dominant in tracks like no more heroes, and on all of the ricard-stuff. but soundstorage was still a huge problem and my newly bought external Kronauer SyQuest hard-drive soon kacked off.

i also invested in a yamaha midi-controlled mixing-desk some years later. but soon some channels began to crackle, so i returned to my pure analogue mixing-desk which was a hassle too but it sounded better and it was more reliable. i used the yamaha mixing-desk-automation extensively on where?. you might ask yourself why the third release has such a weird title. it's explained here and here. besides: i like weird titles! :) 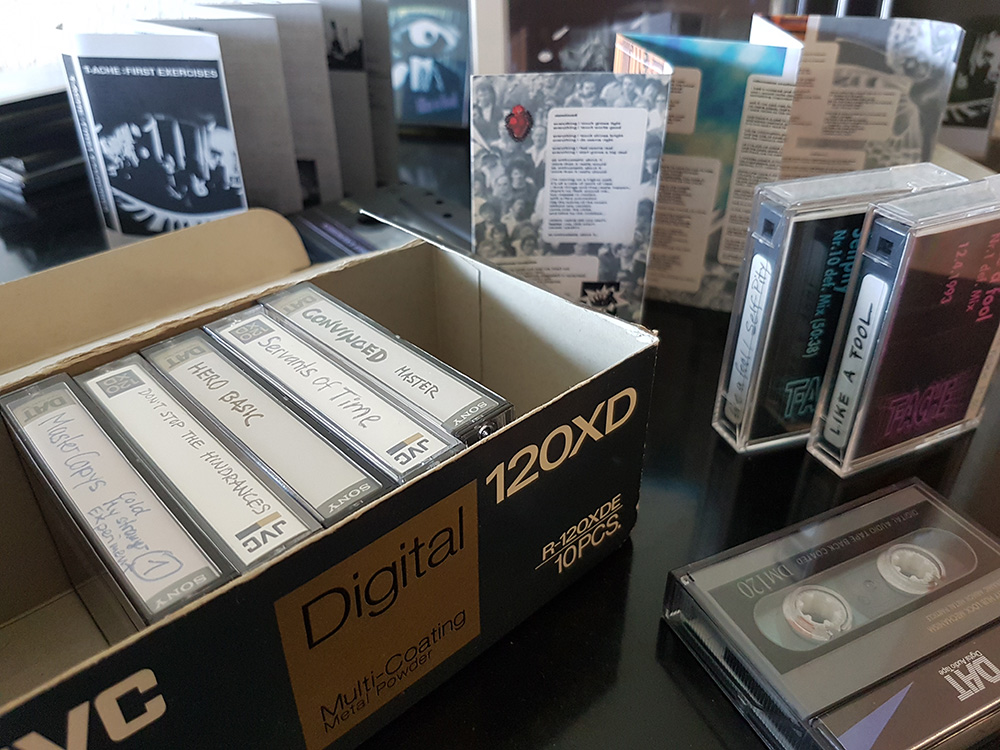 Some Master DATs and cassette-fold-outs.

next making of : IN DER TAT's BeetleScream >