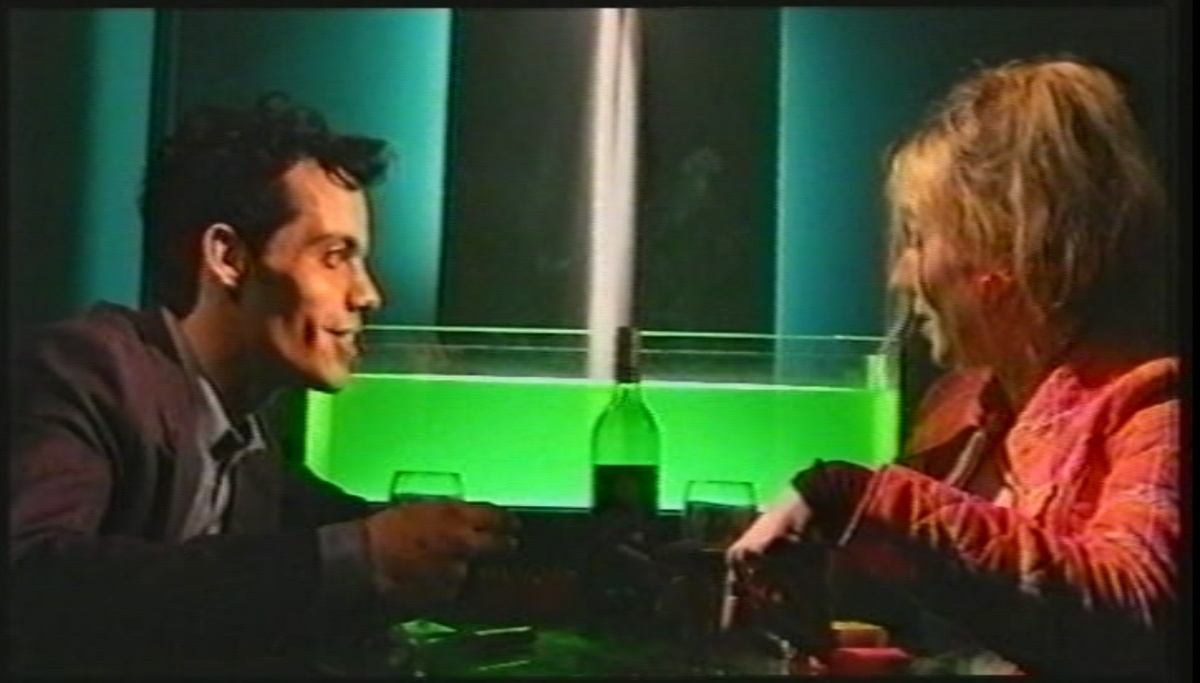 paul and diana have an appointment for the first time. they meet in an illegal bar somewhere in zürich sometime in the nineties. they talk and talk but the distance between them grows bigger and bigger the more they talk. in the end they leave seperately and stay alone.

well, oli wanted some low down and disturbed tekkno for his tale of impossible romance in modern times. so i created some beat-heavy electronics. this was already the second time i made some music & noises for oli. the first was for a bewerbungstape for a film-school.

to give it an individual touch i wanted to use some samples of bottles and cans being kicked around in a garage - the sound when you're frustrated and kickin' the can on the floor.

so i threw some PET-bottles, cans and stuff around in the shower and recorded it to DAT to fabricate samples of it later. these cans and bottles, respectively the samples thereof, i used extensively on many tracks.

i was working with ENSONIQ's ASR10 as the sampler and with a kronauer-disc for soundstorage. to mix i had a YAMAHA automated mixing-desk. it was all done quite in a hurry since there was some time-schedule to match.

for more stills from the movie and some bits of oli rihs' storyline go to the Story/track-cycle. 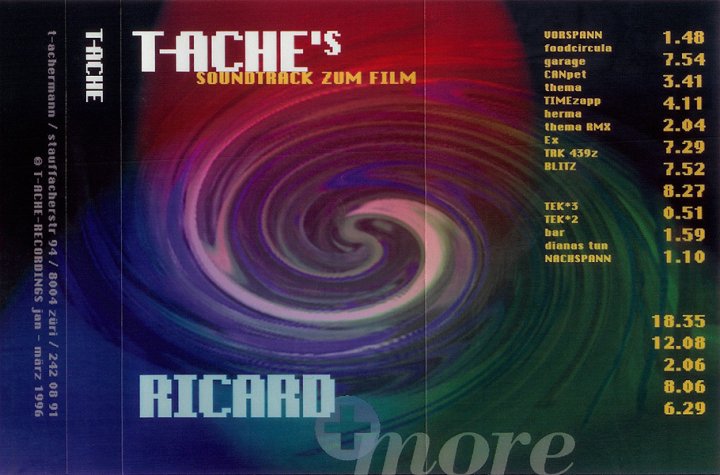 the original cover for the cassette tape, art by T-ACHE © 1996 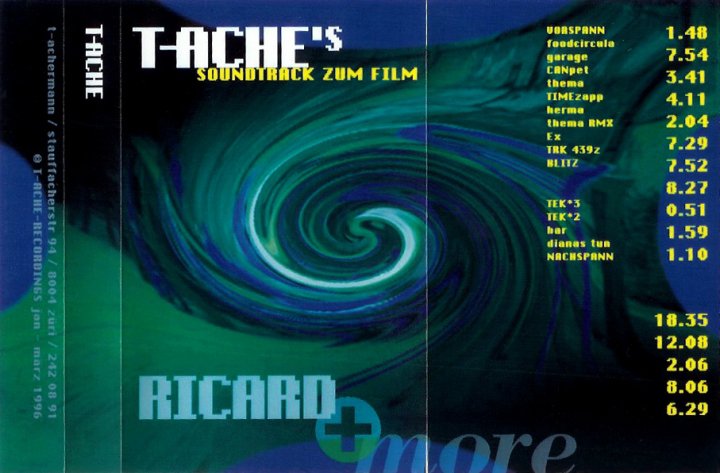 next making of : yan's world >